White-collar crimes, sometimes also referred to as economic crimes, are financially motivated offenses that can be committed by individuals, businesses, or professionals. These types of crimes are often classified as serious felonies in New York — and a conviction can come with severe penalties. If you have been accused of a white-collar crime, it’s crucial to have an experienced criminal defense attorney on your side who can develop a strategy to fight the charges against you.

Many white-collar crimes are prosecuted under federal law because they cross state lines or involve an intent to defraud the U.S. government. However, they can also be charged at the state level if the crime only involved fraud within New York. Due to the complexity of these types of crimes, those who have been accused sometimes do not even know they were involved in a criminal scheme.

Some common types of white-collar crimes that are charged under the New York Penal Code include the following:

Depending on the type of crime, there are several defense strategies a white-collar criminal defense attorney may be able to use to combat the charges against you. Critically, many white-collar crimes require the element of intent — if the prosecution cannot prove beyond a reasonable doubt that you had the requisite intent to commit the crime, you cannot be found guilty. Other defense strategies that may be utilized can include asserting a Fourth Amendment violation of illegal search and seizure, the defense of entrapment, and failure to bring charges before the expiration of the criminal statute of limitations.

Each white-collar crime is assigned to a specific class, based on the severity — and the penalties that can come with a conviction in New York can be steep. For instance, Class C felonies carry a term of 15 years in prison and/or a fine of up to $5,000. Forgery in the first degree and criminal possession of a forged instrument are two examples of white-collar crimes that can be charged as Class C felonies.

Class D felonies — such as identity theft in the first degree — can be punishable by up to seven years in prison and a $5,000 fine. Crimes such as scheme to defraud and falsifying business records in the first degree may be charged as Class E felonies, resulting in a prison term of four years and a $5,000 fine. A Class B misdemeanor can carry a three-month prison sentence and a $500 fine.

In some cases, a defendant may be required to pay a fine that equates to double their gain from committing the offense instead of the maximum penalty. An individual convicted of a white-collar crime might also face a civil lawsuit following the criminal proceedings. In addition, there can be long-lasting social and professional consequences after a prison sentence has been served. The ramifications of a conviction might include not only reputational harm, but also difficulty in securing employment.

If you’ve been charged with a white-collar crime in New York, it’s imperative to have a diligent defense attorney to protect your rights. The criminal defense attorneys at D’Emilia Law provide high-quality legal services and aggressive advocacy to those who have been arrested for white-collar crimes and strive to obtain favorable results in their cases. To schedule a consultation, contact us at 1-888-DEMILIA. What Are the Penalties for a DWI in New York?

Getting behind the wheel if you’ve had too much to drink can have devastating consequences on your life and livelihood. Not only can a DWI conviction have an impact on your reputation in the community, but the long-term effects and legal ramifications can be severe....
Read More Being arrested for a DWI can be life-changing. Not only can you lose your license, but a conviction can come with jail time, significant fines, and damage to your reputation. Regardless of whether it’s your first DWI — or your third — it’s critical to have a DWI...
Read More While New Yorkers have the Constitutional right to bear arms, the state imposes some of the strictest penalties for gun and firearm crimes in the country. Gun-related offenses are typically charged as violent felonies, and a conviction can come with long-term social,...
Read More 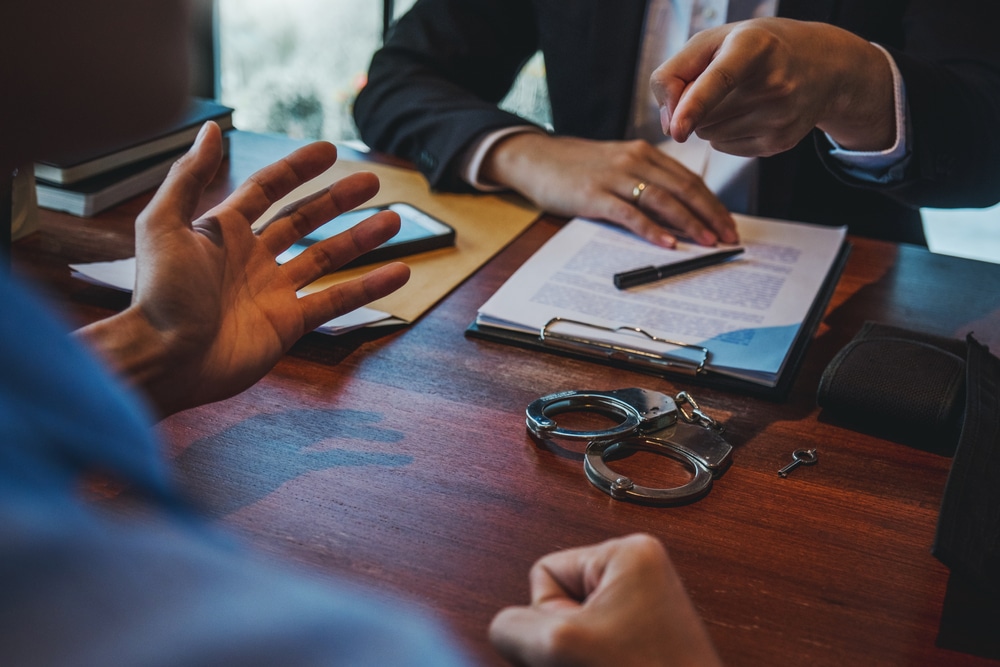 On Wednesday, December 22, New York Governor Kathy Hochul signed a bill into law that makes producing or using a falsified vaccination card a crime statewide. Referred to as the “Truth in Vaccination” law, the bill was part of a legislative package aimed at improving...
Read More
View All Insights